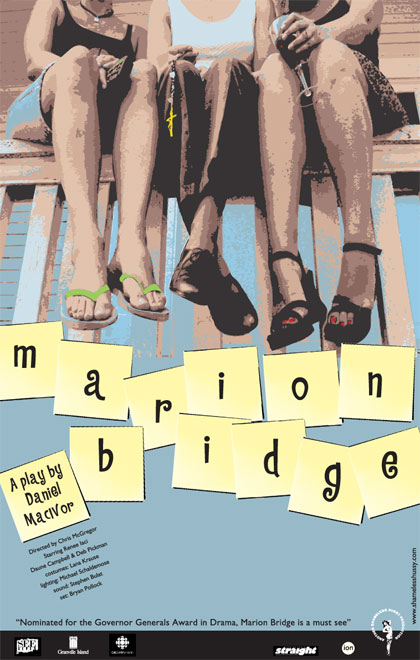 "Nominated for the Governor Generals Award in Drama, Marion Bridge is a must see"

shameless hussy toured Western Canada for 5 years with this moving drama by one of Canada’s most acclaimed playwrights. Funny, heart-warming and breathtakingly lyrical, Marion Bridge by Daniel MacIvor is the story of three sisters who hold a bitterly comic vigil over their dying mother.

Canadian author and performer Daniel MacIvor’s avant guard works are well known to thrill seeking theatre audiences everywhere, his other plays include See Bob Run, House, This is a Play, In On It and Monster.